My ghost/paranormal adventures on my holiday!

I would like to firstly apologise for any inconvenience I may have caused whilst I was away on my holiday in Italy. Since the date of my departure (28th June), I have not made a blog post and so I am going to make this as best as possible to make up for the time I was away. Also, I hope I have not lost the support from any of you guys because you provide me with sustained, awesome support which is still clear from my 4000 page views on this blog! So thanks a lot everyone!
Anyway, let me continue developing my blog by telling you about my fantastic, but in some cases spooky holiday and all the strange and if you like 'paranormal' events I believe I encountered. Aside the scary incidents I was involved in, some of the locations in the mountains I visited were beautiful! I was situated in an absolutely remarkable setting in the mountains named 'Boveglio' in the province of 'Lucca'.

So after my first few days I passed a small village at the bottom of the mountains named 'Bagni Di Lucca' which was about 20 minutes away, and in the same province of Lucca. Anyway my destination that day was to 'Pisa' - a large city about 1 hour away from the village I was staying in, but a strange bridge caught my way as I was travelling which you will see on your left. I was intrigued by the shape of the bridge and so stopped to take some photo's and I found out why it is called the Devil's Bridge. The legend of the Devil's Bridge is based on a clever master builder who lived nearby. Basically the inhabitants in the area asked this builder for a bridge to be built across the Serchio River which would join the two little villages together. He soon set to work but also began to notice that the bridge may take longer to build than he actually promised his inhabitants. From this, he became very desperate and unhappy. He continued to work hard in attempt to fulfil his promise, until he was met by the devil in the body of a businessman. The Devil then told the man he could finish the bridge in a night. The builder was bewildered by this but listened anyway. The Devil says he must however, offer something in return - the soul of the first person to cross the bridge. After accepting the offer, everyone in the 2 little villages woke with excitement and intrigue as to how this was accomplished. From this moment, the builder immediately set off for Lucca to get advice off a fellow bishop about the devil. The bishop told him not to worry, and to let a pig cross first. It was a clever idea, and the builder used it in order to trick the devil, who was furious. Due to his anger that he had been tricked, the devil threw his body in the water and the body was never to be seen again. 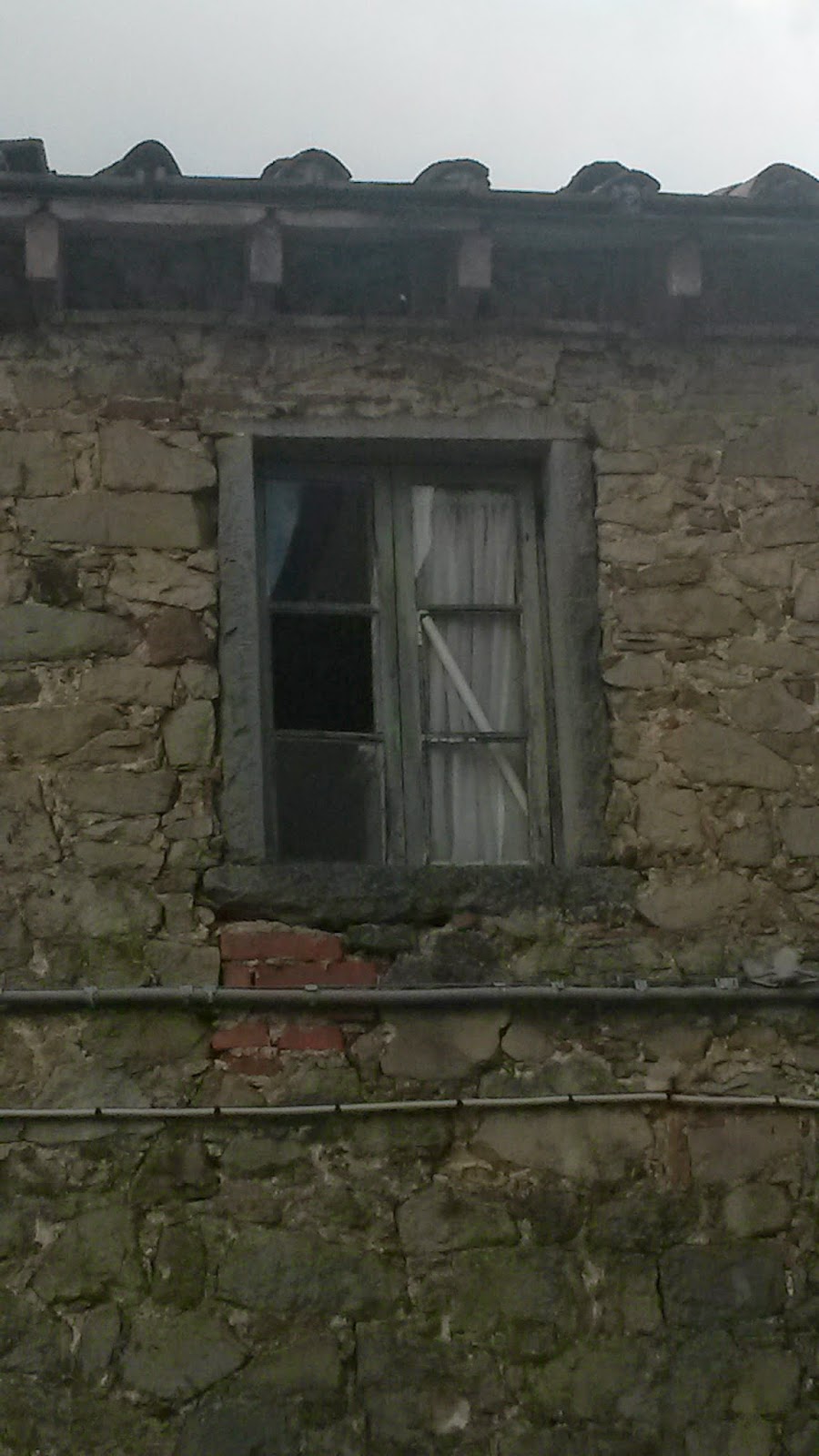 Now, in the village of Boveglio I believe I encountered some paranormal activity, and seen a blur in a dodgy window which I believe may have been a ghost. Check out the window on your right! I learned about a legend in this village called the 'headless witches' tale. Unfortunate for me, I stayed in the house across from this supposed 'haunted house' which is why I got such a good photo of this wrecked window. Since the legend, apparently no one has lived in this house which is why the window is in such a state. The tale describes witches to have lived in this spooky house, until a tragic incident. No one knows what happened, but it is rumoured that one night, one witch sliced the head of the other off with an axe. According to this legend, apparently the witch committed suicide after this, but there is no evidence. Furthermore, this legend tells us that sometimes during the year, at night, the witch who was beheaded sometimes stands at this window to stare out of it for a while, and sometimes she leaves the house headless. Now I didn't believe this at first until, believe it or not, I'm pretty sure I seen someone through this window. I looked away for a split second and looked back and the person was gone. That night, I sat on a bench outside this house and actually heard strange breathing coming from this window. I took a few seconds to record it, however the breathing believe it or not stopped as soon as I started recording, and started again when I ended the video!
Anyway, that was probably the craziest paranormal/ghost experience I've witnessed! Feel free not to believe me about my discoveries, but I am being perfectly honest.
Again, I apologise for no blog post up until now, and I will follow my new summer schedule from now that you can check out on my blog! - http://horrorfilmz4you.blogspot.com/2014/06/notice-my-blog-summer-schedule.html
Posted by Jason Egan at 14:04